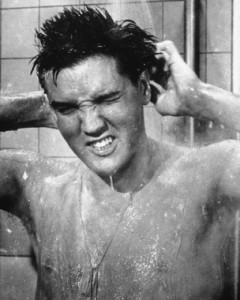 So I finally got into rising at 6am. Turns out all I needed to do was visualize and practice getting up. I had gotten into the habit of turning off the alarm and going back to bed that I actually needed to break that habit and form a new one. With that said, I’ve been getting up at 6am and it’s great! The day is so long and I get a lot accomplished. The main issue I am finding is that my trajectory is shorter. Perhaps the trajectory is the same but because I am starting further, it ends shorter. What I mean is when I got going at 9am, I’d start slowing down at 5. Now that I begin at 6, I start winding down at 2. And winding down at 2 is not acceptable. Maybe I just need to step away and take a breather.

Another new habit I recently formed is using my DVR. I got the DVR almost a year ago but rarely used it. I couldn’t wrap my mind around recording programs for later watching which is crazy since I did it throughout the 80’s and 90’s. At any rate, I started recording movies on TCM and it’s great! I have a backlog of movies and so when I want to watch TV there is now always a movie waiting for me. The other day I watched The Sandpiper with Elizabeth Taylor, Richard Burton and a young CHARLES BRONSON! It’s a shame the whole movie didn’t revolve around Charles Bronson as a beatnik artist. But with the ability to fast forward, the movie did pretty much become solely about Charles Bronson.

Speaking of Bronson, has anyone else noticed the proliferation of mustaches? I think they are making a comeback! In fact, just recently, a young man asked me what he could do to be taken more seriously by potential clients. I told him to get a haircut and grow a mustache.