I am trying to get some of my work done (that I should have accomplished last week) so I can grab Lisa and take her on a short road trip. Today is my little sister’s birthday and I promised to get her out of Dodge for a night. We will Priceline something, have a nice evening and return tomorrow early afternoon.

In other news, my desk arrived yesterday! Yes, that means I FINALLY have a professional workspace! I decided to turn the loft into a true office which means I moved the television downstairs. It feels great having a focussed area to work. Even my bedroom looks awesome because I also got a new, gorgeous bed! For the longest of time, I assumed my future held something totally different in store for me. I thought I was going to get married and either move into a new place OR merge his stuff into mine so it just didn’t make sense upgrading rooms and furniture. Knowing I am still on my own singular path was the push I needed to start living a little more comfortably. My next investment will be into hardwood floors for the parlor and dining room.

Yesterday Lisa and I drove all over creation looking for a simple desk for me. As I am sure I have said, I am running my company from a desk purchased from IKEA back in 1985. Attached to the desk are Garbage Pail Kid and kitty cats stickers. It’s time for a desk that doesn’t shame me. 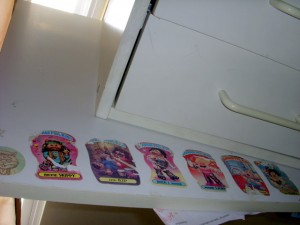 Eventually we ended up at The Dump where I found a desk I quite liked: 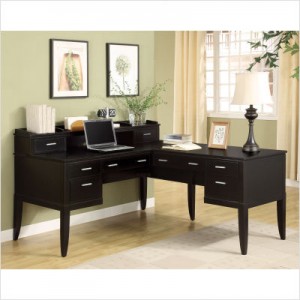 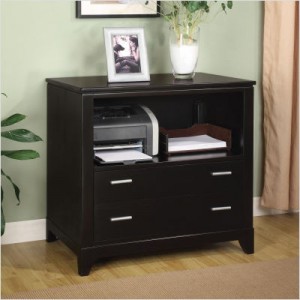 I said I wanted it and the salesman said, “We’re sold out… but you can have the floor model.”

Two hours of decision-making aided by beer later and the promise of 20% off the floor model, I gave him my credit card. Oh, and I also bought a chair and a…. BED! And I also decided I need a great mirror I found at https://www.firesideantiques.com/inventory/mirrors/. Yeah, I know… insanity. But the bed perfectly matches my bedroom furniture and it was REALLY REALLY cheap. And I need a decent mirror in the bedroom. Plus the chair completes the office.

Everything will be delivered next week. I can hardly wait!

My neck and back are still sore. I have a friend who is a massage therapist, I may have to hire her. The last two nights were full of freaky weird dreams. I don’t know what’s going on in my brain. Maybe it’s the muscle aches.

I am making some good strides in getting life and work organized. One of my goals is to buy a new desk but I am really torn as to what kind of desk I should purchase. There’s a part of me that just wants a nice Ikea desk… y’know, to replace the nice Ikea desk I’ve been using since 1985. There’s another part of me that thinks I will regret going that route and instead I should buy a real desk. The problem is I can’t seem to find any real desks out there… at least any that I like. What to do, what to do!

Is it just me or does this not seem like any improvement over what I already have? 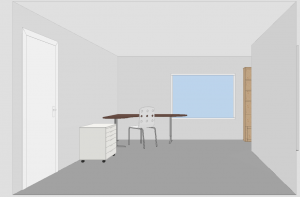 What a day I had yesterday. In the morning I went garage sale-ing with Mom and Barbra. It was the second or third house we pulled up to that I found my treasure: a Vintage Formica (mother of pearl finish) kitchen table from the 40’s/50’s along with 4 matching chairs. The husband and wife selling it wanted $10.00. And I didn’t even bother to barter it down. The man said it was the kitchen table he grew up with as a child. He was born in 1948 and it’s always been in his memory. Luckily Barb had her big SUV with her so we loaded it in. It’s sitting in my garage right now in desperate need of a good cleaning. I do love buying some good old second hand furnitures if they are in pretty usable, because let’s face it, it is easy on the pockets and recycling is always a great idea. However, I couldn’t resist the temptation of the new Modrest Torino Contemporary Brown Oak & Grey Platform Bed w/ Lights and bought it instantly from a store for my comfy bedroom.

I love how the chair has one of those “Do not remove under penalty of law” tags!

As soon as I get them cleaned up, I will post more pictures.

After garage sale-ing, I had lunch with my parents. We sat out on their deck. The weather was wonderful. At 3:30 I had a hair appointment with Aprille over at Salon 39 in Doylestown. I love going to the salon even though I tend to put it off. They have a new gal doing the shampoo and she is amazing! Rather than just doing a typical shampoo, she massaged my scalp! I didn’t want her to ever rinse! Aprille worked her scissors magic, like always. My hair is still long but cut into a nice shape again.

Rather than going straight home, I decided to check out Old Navy and see about those two dresses I liked so much from their Website. I quickly found them on a circular rack and took them into the dressing room only to discover they LOOK LIKE CRAP ON! The striped job was passable but I don’t want passable. I’d rather save my money and buy something incredible. The stripes in the shirt weren’t sewn straight so it looked odd how the stripe was uneven around the waist. It also sat weird around my hips and then I noticed the reason was the damn dress had POCKETS!? The Charo dress looked like a beach cover up. I left empty-handed.

I recently reactivated my Netflix membership. I’ve been spending about $10-12.00 on Redbox movies even though I am really limited in terms of the movies I can watch on Redbox so I figured I might as well go back to Netflix. Last night my first movie arrived, Grey Gardens. I had seen the documentary which it was based on and I think that helped big time. If you were unaware of the original documentary, I think you’d be totally lost and confused. Truth is, I was just left with more questions. Something had to have happen between Little Edie coming back home from NYC to the two of them going bonkers. And I don’t think it was Little Edie losing her hair. I can’t get over how ineffectual Big Edie’s sons were. Why the hell didn’t they try harder to get them out of that house? And why the hell didn’t the Edies ever clean up? After awhile you gotta realize the maid’s not coming back and the task falls to YOU. Along the same lines, why didn’t they ever consider getting JOBS!?!?! Heck, before the darn house started to disintegrate, they could have turned it into a B&B. I can accept that they were born into privilege but at some point you gotta wake up (like when a raccoon makes his home under your bed)… right? I am just going to say they were loons without any steadying forces who could intercede and help. If you saw the movie or the documentary, I’d be interested in your take of their situation.