I spent three consecutive evenings organizing all my receipts from the last number of years so I could find all the invoices from Ray’s HVAC. And I found all of them. There weren’t that many. I put together a little graph showing the amount of money I’ve been spending on repairing the unit over the last 5 years and I waited for Ray to arrive. He came round a little after 12 as he had promised. He went out back to the unit, removed a panel, diagnosed the issue as a burnt out flux capacitor and replaced it. I stood there with my invoices and graph in my hand ready to pounce as soon as the issue was resolved. Ray then said, “Sorry about this Donna, it’s under warranty! See ya!” And he took off. I was dumbstruck. Maybe it was a good thing that I told him last time that I make my money by showing company’s how to get the word out on the top Social Media sites.

Here’s the thing, I like Ray. I’ve always liked Ray. I tend to get angry at Ray when he’s not around but as soon as he stops by, I see him and think, “I like him!” And he did the right thing this time. Watch how fast this changes when the heater stops working.

I am going to have to decide within the next few weeks what to do with the leak that has occurred twice now, each time happening the first day I turn on the air. My 5 year warranty is almost up and if there’s a reason for the leak, I would prefer to get it fixed now rather than later. Of course, why does it only leak the very first day and not again? I am also thinking of asking another company to do in-home estimate. There is one company repairing an air conditioning system in Manassas. As far as I know they also work with heaters and can offer good energy-efficient solutions. That’s what my mother told me.

I dunno. The main issue of this hour is fixed. I’ll deal with the other issue later.

A Telephone Conversation
“Ray’s HVAC, can you hold?” 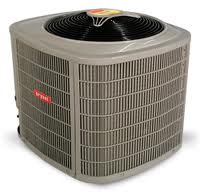 “Yeah….”
“Ray’s HVAC, how can I help you?”
“Is this the answering service or the office?”
“It’s the answering service, how can I help you?”
“I need to talk to Ray.”
“Is this Donna X, 666 Brimstone and Hellfire?”
“How did you know that?”
“You must have called before because you are in our computer system.”
“Does your computer system also report that I’m the biatch that screams at Ray at least 3 times every year?”
“No, Ma’am, it doesn’t say that in our system.”
“Well let him know it’s that time again, my air conditioner has stopped working.”
“I’ll have him call you… Thank you so much! Buh Bye!”

Yes. It’s true. My air conditioner… less than 5 years old is on the fritz again. It happened on Friday. I turned it off. Changed the filter. Decided to give it some time off. Left it off for a couple days. Finally today, I decided it was time to check on it. Damn thing isn’t working. The inside fan turns on and blows non-refrigerated air. The outside fan doesn’t turn on at all. It is also emitting a sharp humming sound.

He’s been around twice this year so this next visit will be #3. The unit blew a fuse AND it leaked. Last year it leaked. I am trying to get together all my invoices that I’ve paid over the last 5 years. I can’t imagine that this is acceptable behavior. Like I said to him the last time he was out, “Ray, you’re a nice guy but I was really hoping to go at least 10 – 15 years before I had to see you again.”