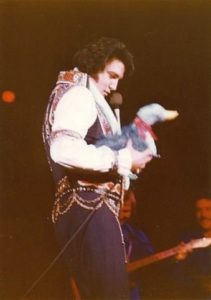 I’ve been meaning to pop by here to mention the passing of Dustbury, aka Charles Hill. I started blogging on my own domain in September 2001. I blogged and blogged but very few people paid attention to me. And then one day I got a pingback from a site called Dustbury.  Suddenly I was hanging with the cool kids… at least cool kids by my definition. I loved it when he deemed something I wrote funny enough to post on Dustbury.com. Made me feel special. On one of his world tours, he stopped by to visit. Got to meet the man in person!

Not sure exactly when it happened but it was an intersection of a bunch of things. Facebook, smartphones, the start of my own business, but I found myself posting less and less.  I kept up with Charles mainly on Facebook.

Couple years back, I knew he was struggling and so I started a GoFundMe for him. It did pretty well. Kept him going, I think.

Looking back, it seems to me it was this last year that it became super clear that he wasn’t doing good, wasn’t getting better, and he seemed ready to exit the world.

He posted a blog entry of a rearview mirror reflecting a graveyard. Objects in mirror are closer than they appear.

Couple days later Dawn Eden messaged me that he was in a car accident and passed away.

Charles was so prolific… but it was on his blog. All his time and effort and beauty, rendered in 1s and 0s. I keep visiting, wanting a new post, dreading a 404. Everything is ephemeral.